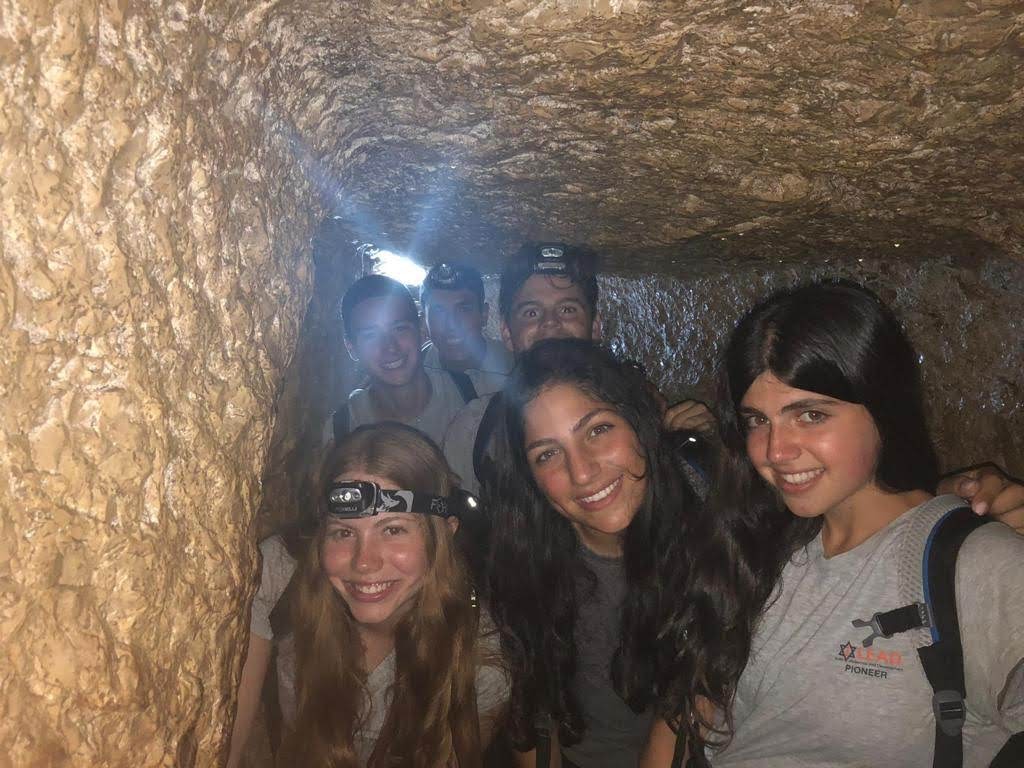 Good Morning –
The Pioneers arrived in Jerusalem yesterday and enjoyed tours of the Old City,  the tunnels,  and City of David which led them to the Kotel. They were privileged to be given the tour by our very own ILEAD 2.0 Coordinator Adele Chabot.

(Background on Hezekiah’s Tunnel – City of David: When Jerusalem was preparing defenses against the Assyrian army in the 8th century, King Hezekiah decided to protect the water source by diverting its flow deep into the city with a tunnel system. This  was accomplished by digging a 1,750-foot tunnel into the mountain.  An ancient stone carving found near the entrance describes the incredible operation.)

The Pioneers trekked through Hezekiah’s Tunnel in knee-high water and learning about its history and singing most of the way.

They ended their day with lunch and shopping at Machane Yehuda. They were greeted by a special guest (try to find him/her in the pics) on Thursday who has informed me that the group is ‘awesome’ and supportive of each other in many ways. They are excited to start Shabbat in Jerusalem with prayers by the Kotel and enjoy the spirituality of our nation’s capital.